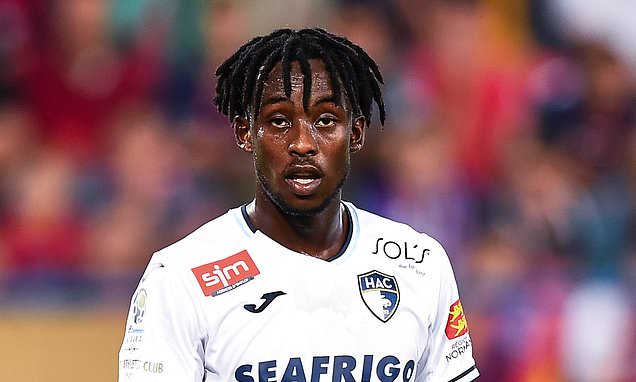 Warriors striker Tinotenda Kadewere had to be taken off in last night’s goalless draw between his side LeHavre and Lens due to an injury, Soccer24 understands.

The 24-year-old, who recently signed for Olympique Lyon but was loaned back to Havre, limped off in the 56th minute of the game due to what seemed like a thigh problem.

French radio France Blue also indicated that the striker was replaced due to a thigh problem.

Last night’s draw sees Le Havre move to 6th on the table with 36 points from 22 games.