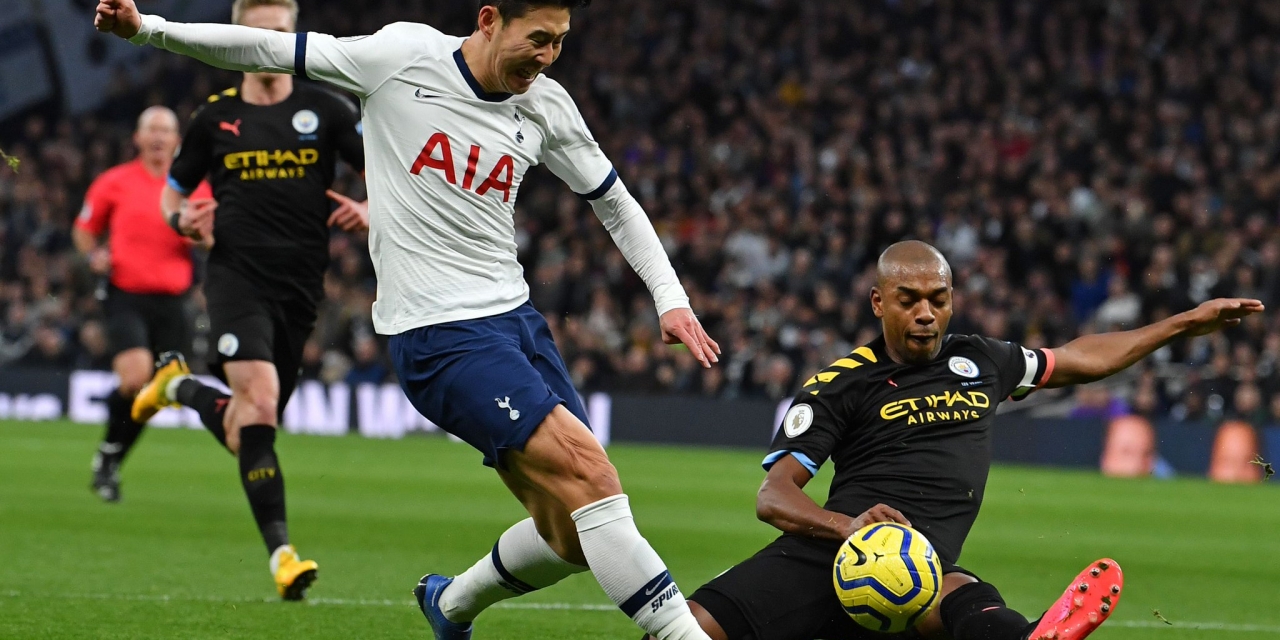 Tottenham Hotspur were too good for Manchester City and eventually won the drama-filled encounter 2-0 on Sunday.

Pep Guardiola’s charges missed a first half penalty which sparked chaos after Hugo Lloris dived to his left to deny Ikay Gundogan from 12 yards and Raheem Sterling tried to convert the follow up, going down courtesy of a Lloris challenge in the process.

The Video Assistant Referee was consulted as the City players appealed for another penalty which they were denied by the technology.

Neither team could break the deadlock as they went into the break level.

The stadium erupted in the 56th minute when debutant Steven Bergwijn thrust Jose Mourinho’s men ahead through a brilliant chest and shoot which sparked wild celebrations.

Son doubled Spurs’ advantage minutes later and City’s misery was further compounded by the dismissal of Oleksandr Zinchenko on account of a second bookable offense.

The result means run away leaders Liverpool are now a staggering 22 points clear at the summit of the Premier League table.