Kaitano Tembo not giving up in title race 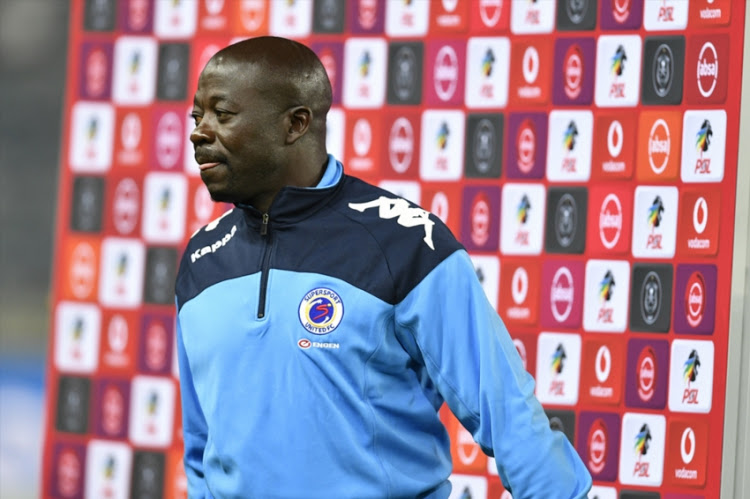 SuperSport United coach Kaitano Tembo has not given up on catching Kaizer Chiefs in the title race.

Tembo’s team is now eleven points behind Amakhosi, having been front-runners in the race at one point. They are now in the 4th position from second at the start of December.

The side has dropped six points in their last three matches after losing 1-0 to Golden Arrows on Saturday.

“Well this loss means three points dropped, that’s the sad part, but we’ve got to put this game behind us and concentrate on the next one,” said Tembo, according to KickOff.com.

“That’s very important for us. We can’t dwell too much on this game, it’s gone. We look to the next game.”

United have played more games compared to their competitors at the top but a positive Tembo is focusing on bouncing back and hopes the current top three lose the plot so they can capitalise.

“Look, for us, it’s one game at a time,” he added. “We’ve got nine games to go so we have to try to focus on ourselves. We need to collect maximum points.”

Kaitano Tembo not giving up in title race