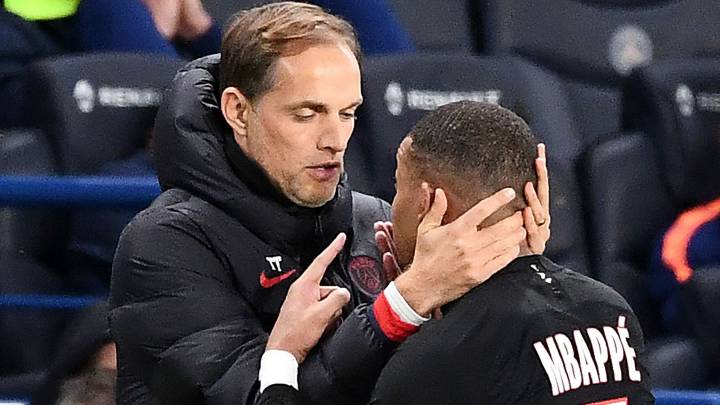 The PSG bosses reportedly ordered a meeting between Kylian Mbappe and Thomas Tuchel after the relationship of two worsened over the weekend.

The 21-year old was involved in a fiery touchline exchange with head coach Tuchel during PSG’s 5-0 Ligue 1 win over Montpellier on Saturday when he was subbed off.

The pair were then ordered to hold clear-the-air talks in front of the squad and sports director Leonardo in the following day, according to Le Parisien, via Daily Mirror.

But despite the meeting, tensions are still running high between the coach and the player.

One of the reasons said to be behind the reported rift is that the forward reportedly thinks he is being subbed off too early and too often.

The £200m-rated forward who is contracted to PSG until mid-2022 is a subject of constant speculation linking him with Liverpool and Real Madrid.