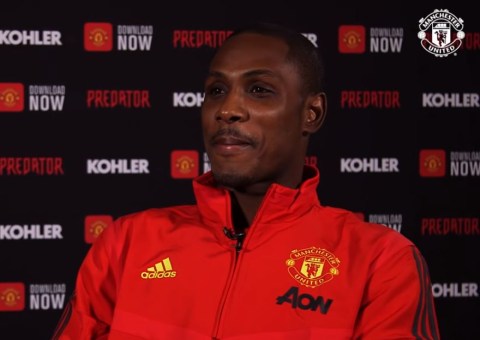 Odian Ighalo has revealed how the last minute loan move to Manchester United happened, explaining a shocking decision behind the deal.

The Nigerian international was playing in China when he received the call of interest from the Red Devils boss Ole Gunnar Solskjaer.

He joined the side on the last day of the January transfer window as a cover-up for Marcus Rashford who is out injured.

Speaking on the EPL club’s media, Ighalo said he took a pay-cut to make the deal happen as he really wanted to play for his dream club.

“At 11pm in Shanghai, my agent called me [to say] that United want to do the deal, so I woke up that night and started looking for a translator to go to the directors’ room and hit his door and all that,” Ighalo told MUTV.

“‘My agent wants to speak to you, United are coming for me, you have to make this happen’ and all that, you know.

“So, they started talking and discussing. I didn’t sleep throughout that night, because it was going to end at 7am, Shanghai time, and the transfer [window] is going to close there.

“From 11pm there was paperwork, negotiating and all that, for the loan deal, so we are talking and other teams are calling them, wanting me. But I told my agent that this is what I want. I want to come here.