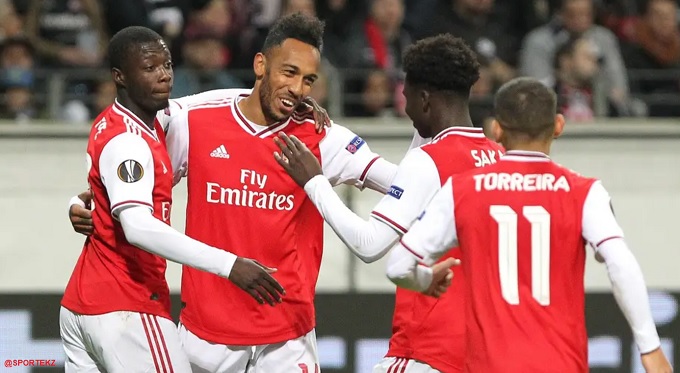 Arsenal coach Mikel Arteta is reportedly plotting a squad overhaul with a number of senior players at risk of getting sold at the end of the season.

Arteta who replaced Unai Emery as the Gunners’ manager in December is said to have been concerned by his team’s lack of progress since his arrival.

The London-based side is in danger of missing out on a Champions League spot as it currently sit on the tenth position.

According to the Sun, a UK newspaper, the senior trio of Pierre-Emerick Aubameyang, Mesut Ozil and Alexandre Lacazette is among the players who could be sold to fund the buying spree.

Ozil and Aubameyang will enter their final year of their contracts at the end of the campaign.

The publication adds that if Aubameyang remains at the Emirates, Arsenal could still cash-in on Lacazette whose contract expires in 2022.

The club bosses are said to have told Arteta that all players leaving the club will be sold and no one will depart for free.