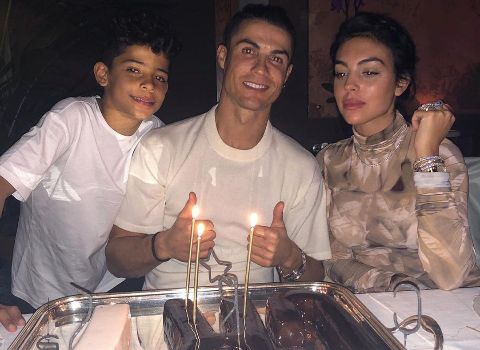 Cristiano Ronaldo was surprised with a Mercedes Benz Brabus as a birthday gift from his girlfriend Georgina Rodriguez.

The Juventus forward celebrated his 35th birthday on Wednesday, holding a dinner with his family at Ristorante Casa Fiore in Turin.

On his way out, he was greeted with a US$ 750 000 luxury vehicle which was adorned with a large red bow.

Georgina, 26, uploaded a video on her Instagram and captioned it in her native Spanish, saying: ‘Congratulations to the man of my life! What a desire to transport our love in your gift.’

The lavish gift can reach speeds of up to 100km/h in less than four seconds.

The car becomes the latest addition to his already expensive fleet which includes a Bugatti La Voiture Noire – reportedly the most expensive car ever built.