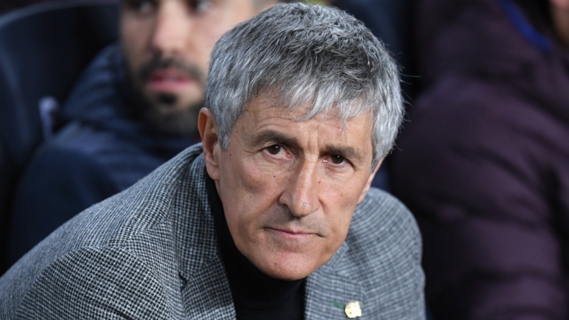 Barcelona head coach Quique Setien believes the club is heading in the right direction despite crashing out of the Copa del Rey on Thursday.

The Catalans lost 1-0 to Athletic Bilbao after conceding late in the game through Inaki Williams’ 93rd-minute goal.

The defeat saw Barca losing back-to-back away games under Setien who took over the club from Ernesto Valverde last month.

“Taking into account what has happened to us in other games from home, we have taken a step forward in terms of what we have to improve,” Setien told reporters after the game.

“I have never known what to blame it on. Their goal came from a play that wasn’t dangerous. There are things that can’t be controlled and this is one of them.

“Everything went well, except for the result. I am happy with the team’s work.”

Barca who are three points behind La Liga leaders Real Madrid will travel to Real Betis on Sunday for their next match.