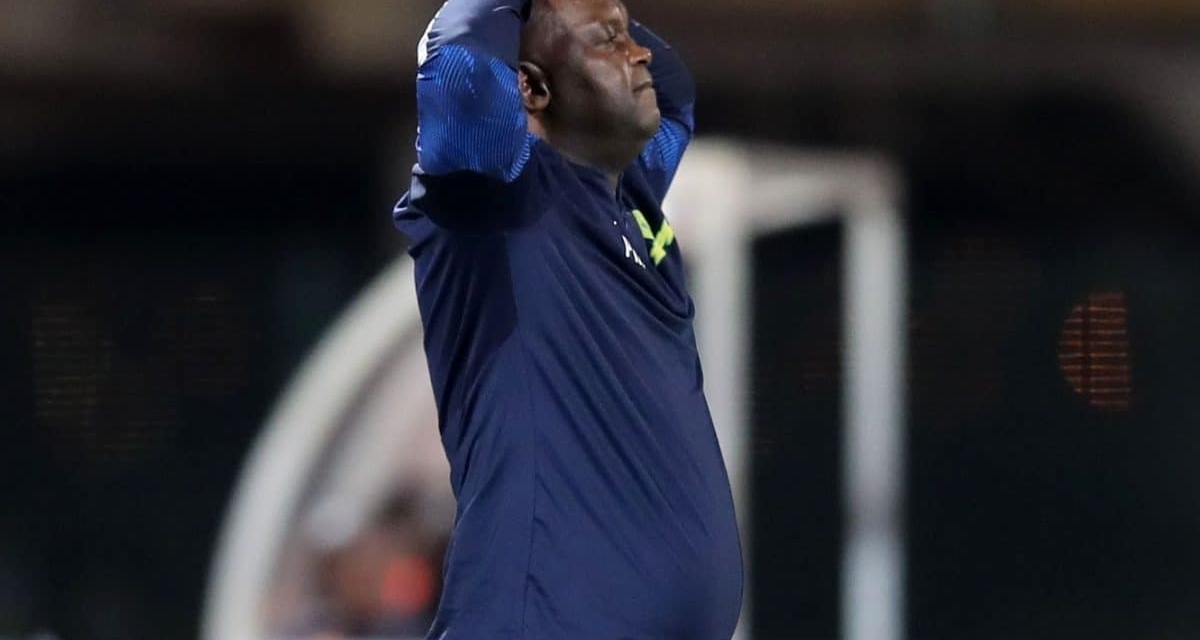 Mamelodi Sundowns coach Pitso Mosimane has admitted facing Chippa United has always been difficult for them and is concerned the Chilli Boys could disturb their momentum in the title race this weekend.

Mosimane will be facing coach Norman Mapeza for the second time since the latter’s appointment in October. Their first meeting was in the Telkom Knockout tie in which Sundowns won after a penalty shootout.

The Saturday league kicks-off at 3 pm.

Speaking to Isolezwe and cited by Goal, Mosimane said: “I don’t like playing against Chippa because they always disturb us. If you look at our results against them from the past few seasons, you’ll see they really disturb us.

“If they don’t beat us, they take one point from us but they sometimes beat us in cup competitions. So, we are playing a team I don’t really enjoy playing against.

“The other thing is that we are facing them when they are motivated. Yes, they lost their league match but they are doing well in the Nedbank Cup especially since they have a new coach.

“We have dropped points against them but we will see because we want to secure our place in the Caf Champions League then we can chase for the league title when we have a chance.”