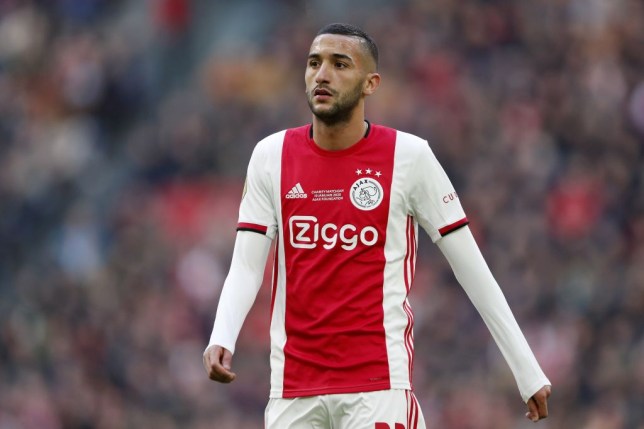 Chelsea have confirmed that Moroccan attacker Hakim Ziyech will join them at the end of the season from Ajax Amsterdam.

The 30-year old will move Stamford Bridge in a €40 million deal. The transfer fee could potentially increase to a maximum of € 44 million, with variable factors.

The EPL side confirmed on Thursday:

“Chelsea Football Club has reached an agreement with Ajax to sign Hakim Ziyech this summer. The move is subject to the player agreeing personal terms and he will remain at the Dutch club for the rest of this season,” reads the statement.