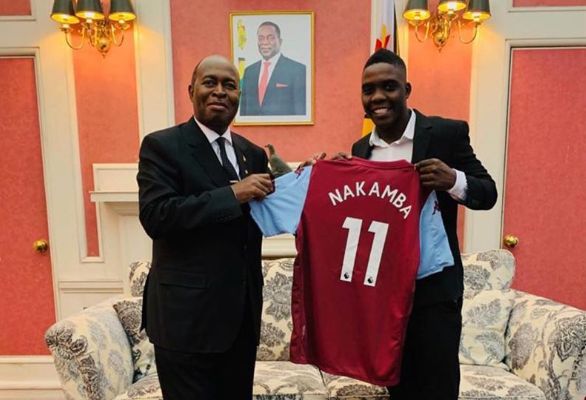 Marvelous Nakamba had a meeting with Zimbabwean Ambassador to the UK Christian Katsande for the first since the player’s arrival in the European country in August last year.

The midfielder who plays for Aston Villa is the only Zimbabwean in the EPL.

Nakamba, 26, uploaded the pictures of his visit on Friday to the embassy on Instagram.

He captioned: “It was a pleasure meeting the Ambassador at his office.”

Swipe to the left to see more pictures.

The Warriors star returned to his London base early in the week following the end of a week-long winter break which he spent at his family home in Bulawayo.

He also got married to his sweetheart Chipo Makurumure in a union which was solemnised by a Bulawayo magistrate.