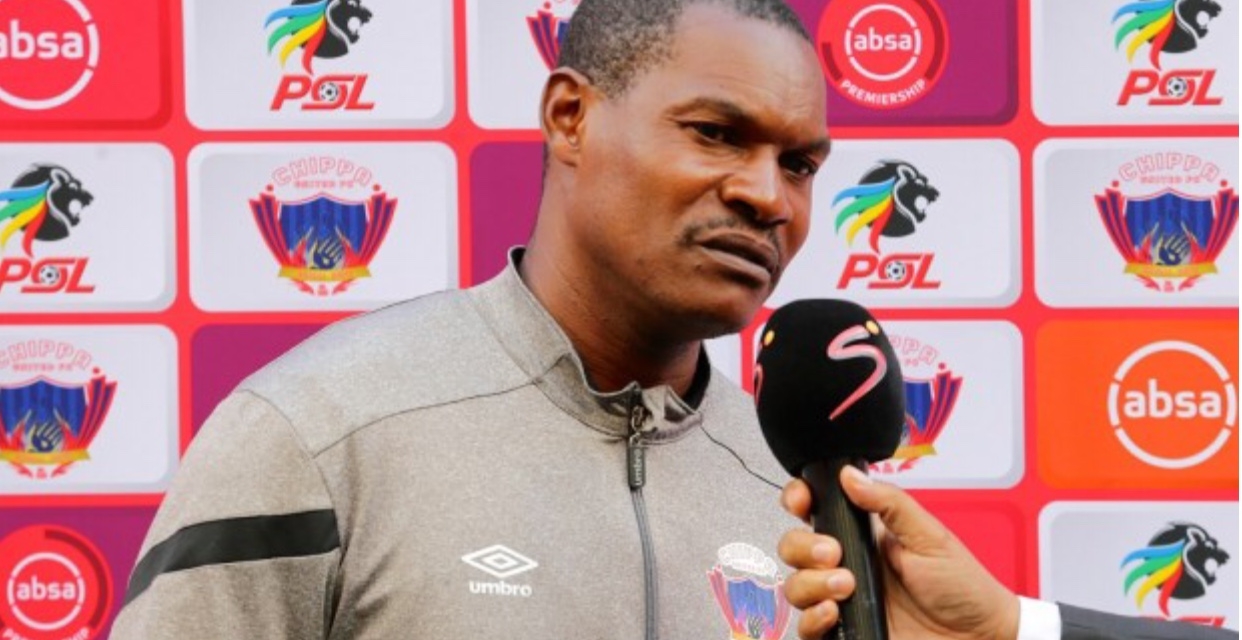 Chippa United coach Norman Mapeza has deplored Sandile Mthethwa’s sending off in their loss to Mamelodi Sundowns, describing it as a turning point in the game.

The defender conceeded a penalty in the second half after a foul on Masandawana’s Sibusiso Vilakazi in the box but before Themba Zwane could take the spot kick, Mthethwa said something to the referee and was shown a straight red card, an incident which according to Mapeza, changed the complexion of the game.

“It wasn’t bad, you can tell the difference in quality but there were some other positives to take from the game, if you look at the few chances we created in the first-half, maybe we could have managed to get something out of it,” Mapeza told SuperSport TV after the encounter.

“But you know it wasn’t easy for the boys and after the red-card it got worse you know. To play a quality team like Sundowns with ten men it’s always difficult.” he added.