Drinkwater under scrutiny after another disappointing performance 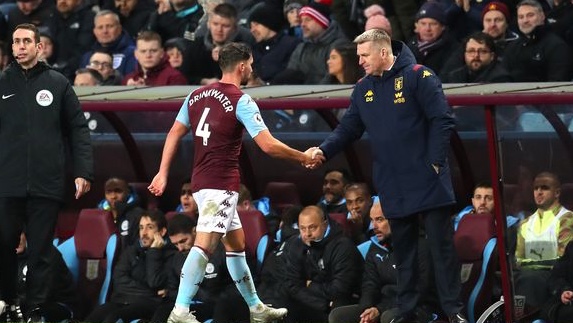 Aston Villa midfielder Danny Drinkwater has come under scrutiny after yet another poor showing, this time in the defeat to Tottenham Hotspur on Sunday.

The 29-year-old Chelsea loanee shrugged off a calf issue and was named in the starting eleven for the clash at Villa Park but produced another unimpressive display in midfield.

The Birmingham Mail newspaper heavily criticized the fomer England midfielder in the wake of Sunday’s defeat.

“The Chelsea loan star arrived in mid-January to act as a direct replacement for the crocked John McGinn but, in truth, Drinkwater has failed to live up to sky-high standards set by Villa’s all-action Scottish midfielder.

Drinkwater made just one tackle and a single interception during his 59 minutes against Tottenham. Team-mate Marvelous Nakamba put in two tackles, made three interceptions and blocked a goal-bound shot in his 30 minutes after replacing Drinkwater. The Mancunian, meanwhile, has been dribbled past 16 times in his four appearances , making just five tackles in that time. By comparison, forgotten man Conor Hourihane has been successfully taken on eight times in 16 appearances . As for Nakamba, the Zimbabwean is by far Villa’s midfield king for tackles (50) and interceptions (30) from 19 games meaning, to some, it could have been seen as a little brash to go without ‘Naka’ for Tottenham,” read an article in the paper.