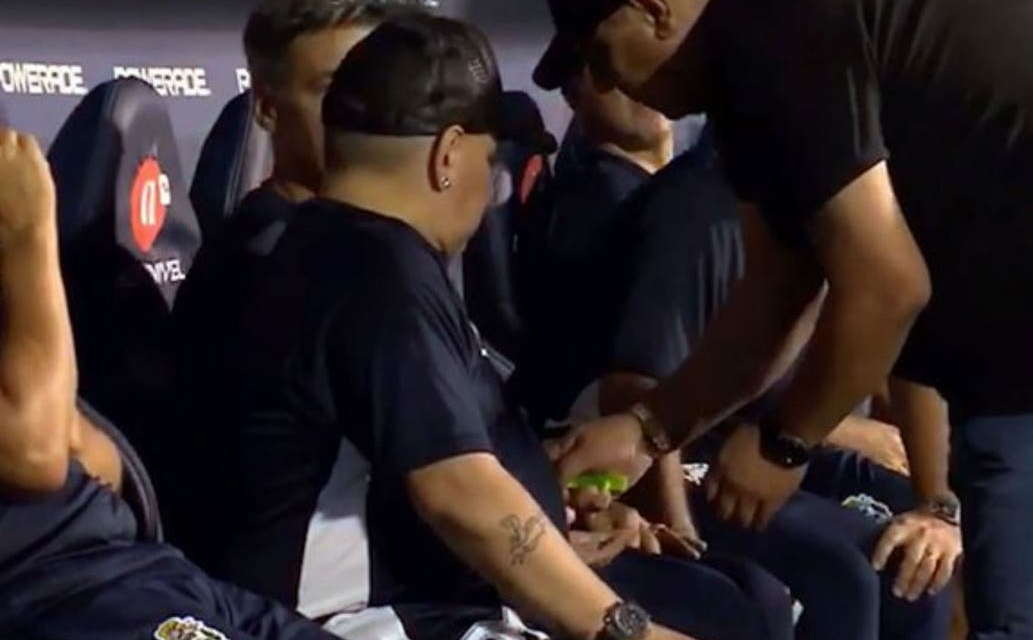 The 59-year old was taking charge of his Gimnasia de La Plata side’s 1-0 defeat to Rosario Central on Sunday when he was given something to swallow with water while two other members of the technical team obstructed the camera from filming the incident.

The substance was quickly linked to drugs, considering the retired football star’s past drug addiction.

But according to an Argentine newspaper, LA NACION, Maradona was taking pills for blood pressure.

The publications also said the two men that obstructed the camera did so in an attempt to avoid making headlines over the matter.