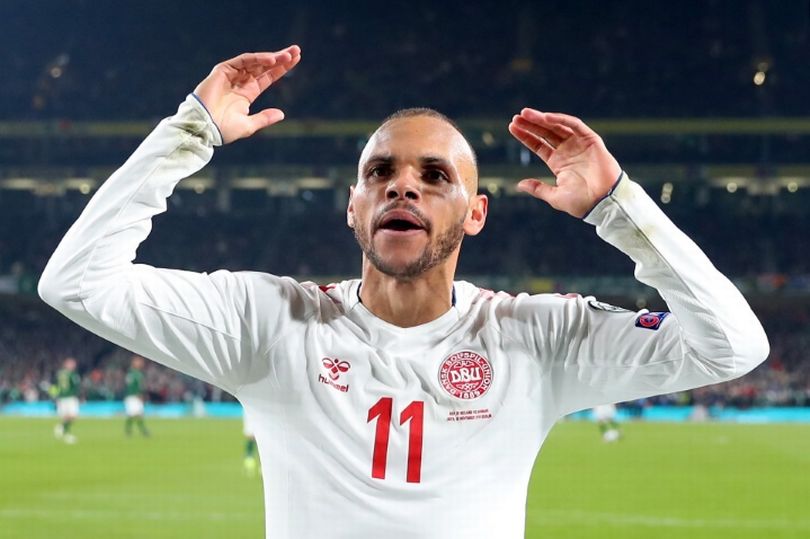 Barcelona have confirmed Martin Braithwaite transfer from Leganes on a four-and-a-half year contract for €18m.

The Catalans received permission from the Spanish FA and La Liga medical commission to sign a new player outside the transfer window.

The club requested an emergency signing, based on the League’s rules on player registration, to replace the injured Ousmane Dembele. The Frenchman was nearing a return to action this month but torn his hamstring during training a few weeks ago, and will miss the rest of the season.

A club statement said: “FC Barcelona have paid the buy out clause of the player Martin Braithwaite and therefore he is no longer contractually tied to Club Deportivo Leganés.

“The cost of the clause is €18million.

“The player will sign a contract with the Club for the rest of the season and four more until 30 June 2024 with the buy out clause set at €300million.”