He was angry with with his performance, not with me: Mourinho on Dele Alli’s reaction 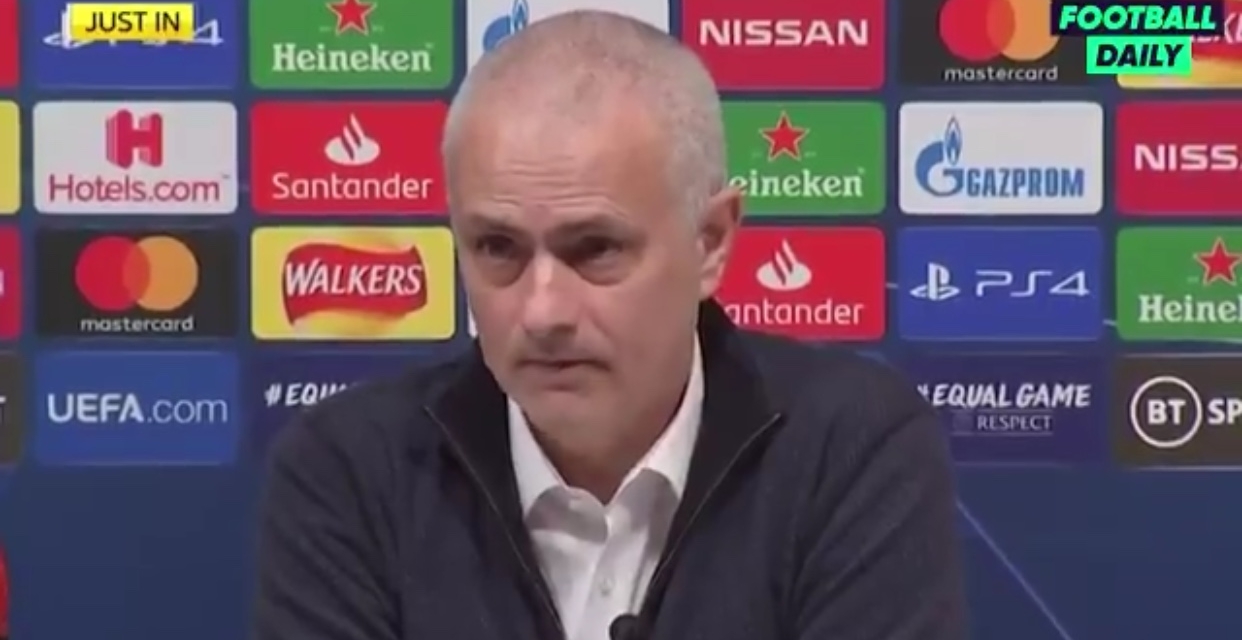 Tottenham Hotspur manager Jose Mourinho brought the post match press conference to a standstill when he gave a hilarious response to suggestions that midfielder Dele Alli was angry at being substituted in last night’s defeat to RB Leipzig in the Champions League.

Alli was replaced in this second of the 0-1 Round of 16 defeat and looked to have been annoyed by the decision, a suggestion which the Portuguese tactician downplayed.

“I think he was angry with his performance not with me,” Mourinho told reporters after the clash.

” I think he understands why I took him off and the team improved afterwards,” he added.