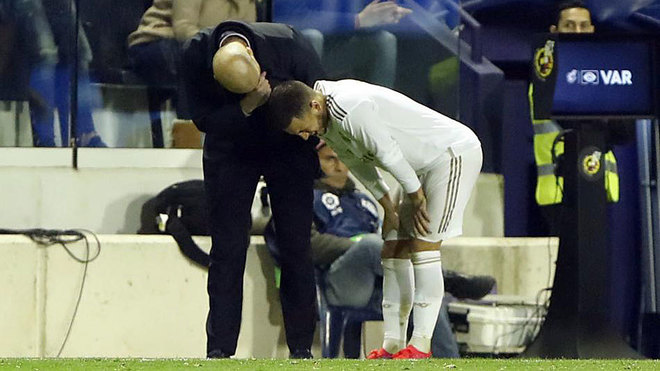 The Belgian forward had just recovered from another knock on the same foot which ruled him out for three months.

In a statement, the club confirmed he sustained a fractured distal fibula but didn’t reveal when he is expected to bounce back.

However, due to the nature of the injury, he could miss almost the remainder of the season.

The statement reads: “Following the tests carried out today on our player, Eden Hazard, by the Real Madrid medical department, he has been diagnosed with a fracture to his right distal fibula. His recovery will continue to be assessed.”