Kompany on target as Anderlecht run riot over KAS Eupen 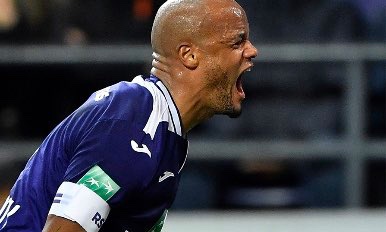 Vincent Kompany was one of six players to find the back of the net for Anderlecht as they hammered KAS Eupen 6-1 in the Belgian League on Sunday.

The pre-match discussions were dominated by the  ineligibility of Zimbabwean striker Knowledge Musona, who is a Anderlecht player on loan at Eupen until the end of the current campaign.

Michael Murilo, Marko Pjaca, Francis Amuzu and Michel Vlap were also among the goals for Anderlecht as they ended a two-game winless run.

The win sees them go eighth on the table with 37 points from 27 games.