Granit Xhaka speaks on getting back Arsenal captaincy 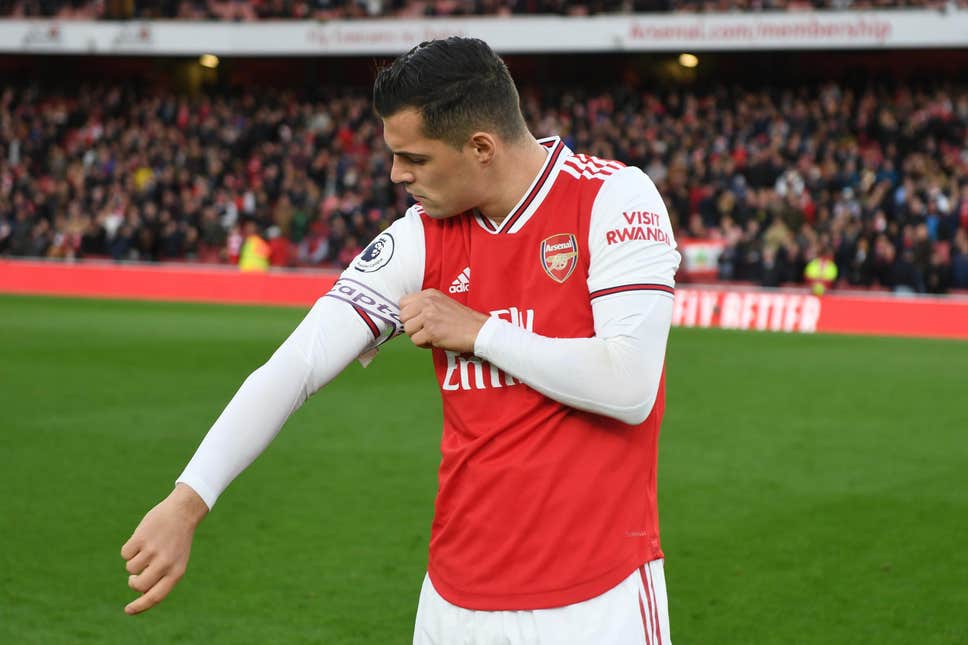 The Swiss was was stripped of the armband and replaced by Pierre-Emerick Aubameyang after clashing with fans back in October during their home game against Crystal Palace.

His time at the Emirates seemed over following the incident but newly-appointed head coach Mikel Arteta convinced the midfielder to stay.

Speaking to Standard Sport, Zhaka said: “If one day the club asks me about the armband, I have to think twice.

“There was a moment, because it was not easy for me and my family. I hope people understand this.

“But I think I showed my character. I am not a guy who runs away. I always say to the club, ‘When I [am] here, I am ready to give everything’. It was like this always.

“I train very hard and that things turned around is the key. This [has given me] the most happiness.”

Granit Xhaka speaks on getting back Arsenal captaincy