Dean Smith has announced his Aston Villa starting XI to face Manchester City in the League Cup final this evening.

Midfielder Marvelous Nakamba is starting, meaning he becomes the second-ever Zimbabwean player after Bruce Grobbelaar to feature in the final.

Tanzanian striker Mbwana Samatta who joined the English side in January is also in first XI.

Kick-off time is at 6:30 pm. The game will be live on SuperSport TV. 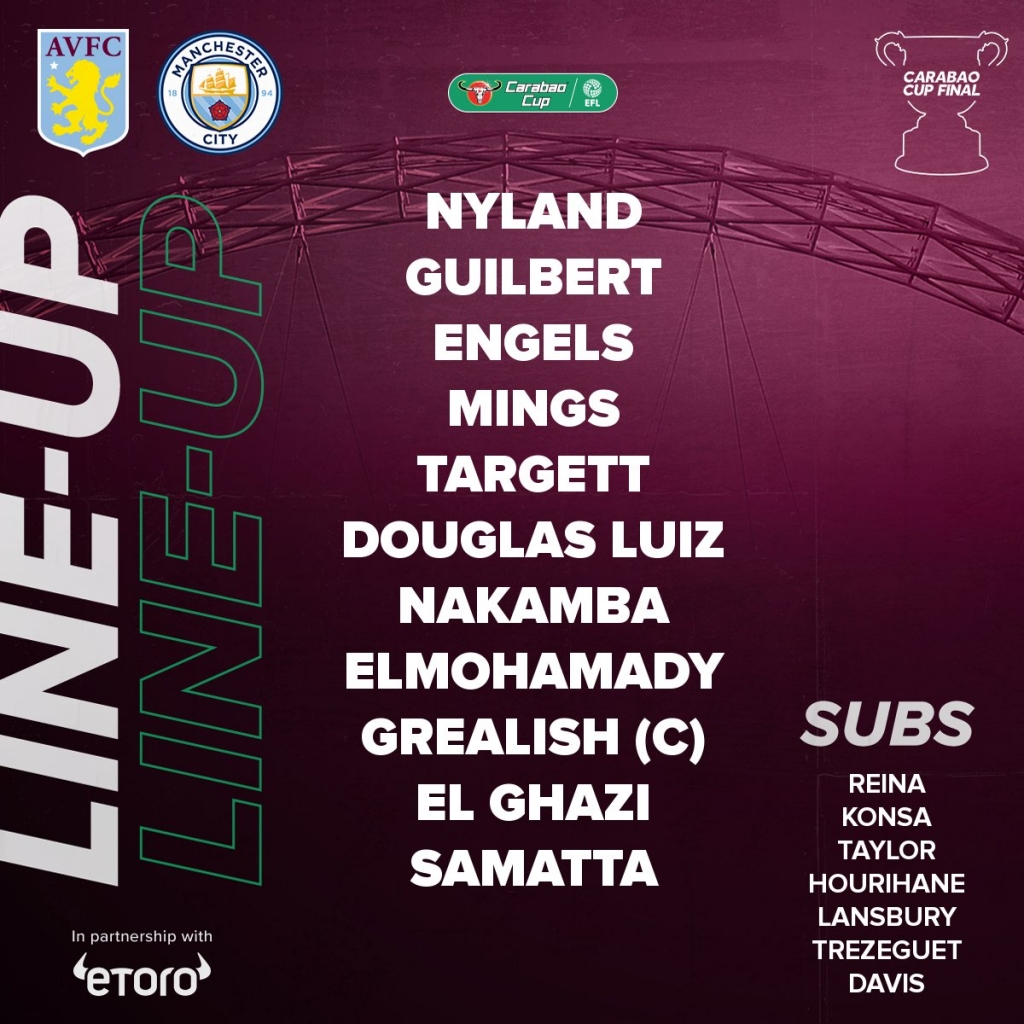