Real Madrid vs Barcelona-Action as it happened 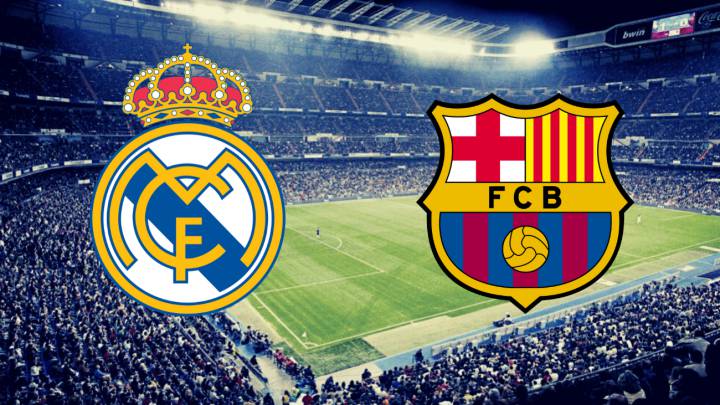 Follow our live coverage of El Clasico as Real Madrid host rivals Barcelona who look to maintain their momentum at the top of La Liga.

1’ Referee Antonio Miguel Mateo blows and we are underway at the Bernabeu.

2’ Madrid on the front foot early on forcing to succesive corner kicks.

4’ Barcelona apper to have settled, dominating early exchanges in the middle of the park.

10’ Yellow Card- Vinicius, for a foul on Semedo.

12’ Barcelona passijg the ball at a walking pace in midfield looking for a way through. (0-0)

14’ First chance of the game falls to Kroos but the German’ skies his effort over.

16’ De Jong’s pass looking for Griezmann is well dealt with by Raphael Varane. First time Barcelona get into the Madrid box.

24’ Barcelona patiently building up in search of the final pass, all Madrid players behind the ball.

26’ Valverde goes on a run on the right flank but Benzema fails to get on the end of his cross.

33’ Big chance Barcelona! Arthur sent through on goal but his effort is saved by Curtois. Corner kick.

36’ Chance for Madrid to break, Vinícius twists and turns but produces a weak shot which TerStehen has no problem collecting.

37’ Another big chance for Barcelona! Messi clear on goal face to face with Curtois, brilliat save from the Belgian.  (0-0)

HALF TIME at the Santiago Bernabeu.

49’ Vinícius’ cut back after a brilliat run on the left is wellread by Pique.

57’ An exquisite through pass from Marcelo sees his fellow Brazilian Vincius through on goal but a well-timed sliding tackle by Pique saves the day for  Barcelona.

62’ Benzema! Should have scored, his short on the half volley goes over the bar. He should have done better.

75’ Umtiti gives away a corner kick.

78’ First substitution for Real Madrid; Luka Modric on for Isco.

80’ Substituion for Barcelona Griezmann and Arthur replaced by Ivan Rakitic and Antsu respectively.

84’ Yellow card Messi, for a foul on Casemiro. Meanwhile, Lukas Vasquez comes on for Fede Valverde.

87’ Free Kick for Real Madrid in the centre circle.

88’ Another free kick for Los Blancos on the edgeof the box after a free kick on Vasquez. Ramos behind, the wall does its job.

90+1 Mariano on for Benzema