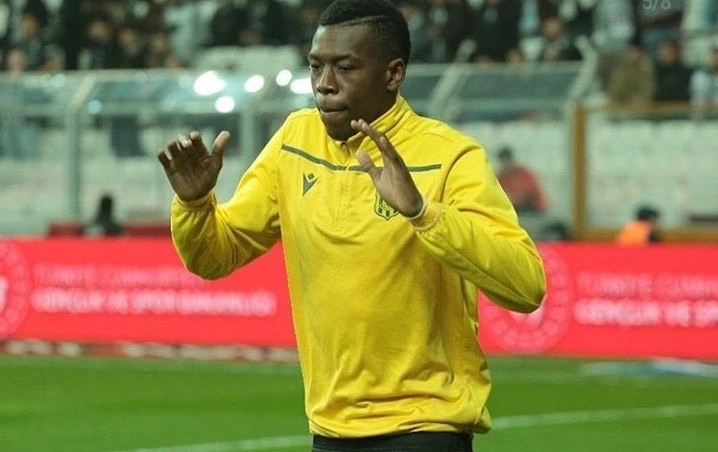 Teenage Hadebe got was given his marching orders  in the first half of Yeni Malatyaspor’s 0-2 defeat to Denizlispor in the Turkish Super League.

The former Kaizer Chiefs man went up in the air in karate style in attempt to win the ball but kicked an opponent instead.

Watch the video below;