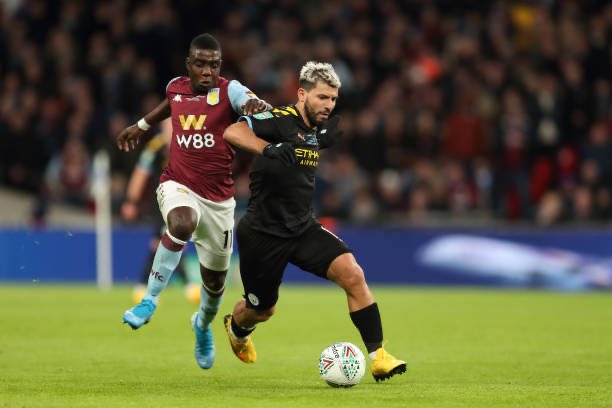 Warriors midfielder Marvelous Nakamba got a massive compliment after a complete performance in Aston Villa’s 1-2 defeat to Manchester City in the Carabao Cup final at Wembley on Sunday.

The former Club Brugge man made a historic appearance in the final and marshalled well the Villa midfield alongside Douglas Luiz.

The Birmingham Mail, in their post-match reaction and player ratings, wrote the following on the Zimbabwe international.

”Villa’s best midfielder in that central area, looked bang up for it and put in crucial blocks and made interceptions for fun. Had a classy look about him, picking apart some of City’s slack passes while, in the second half, put in a crunching tackle on Aguero to get the Villa faithful fired up. Stand-out performer for Villa at Wembley, for me. Needs to find that consistency now.”