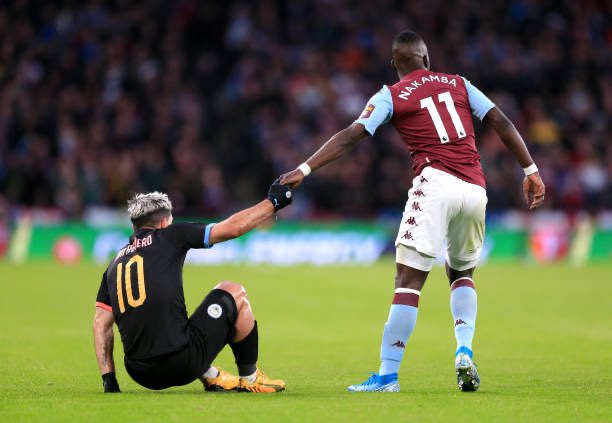 Marvelous Nakamba received a yellow card for a challenge on Sergio Aguero but fans have described the tackle as classic and rare in modern football.

The Zimbabwean put up a tremendous performance in their 2-1 defeat in the League Cup final against Manchester City on Saturday.

His booking came in the 72nd minute when he slid for the ball against the advancing Aguero. Though it seemed brutal, the midfielder won the ball first and there was little contact with the City striker.

Nonetheless, the referee showed him a yellow card while several opposition fans wanted to see him sent-off.

Here are some of the reactions to the incident.

That Nakamba tackle sums up modern football. Good tackle and got the ball. Remember when football was a mans game?

That Nakamba tackle isn’t even a foul never mind a booking. The idea you can’t tackle like that in the modern game is absolute bollocks. Good, strong and accurate tackle.

Nakamba got all of the ball and very little of the man but you aren't allowed to tackle too hard in today's game.