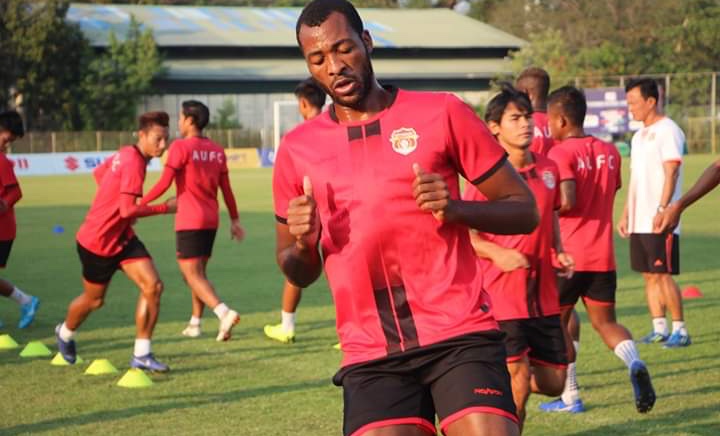 Myanmar-based Zimbabwean defender Victor Kamhuka was the difference maker yet again after his man-of-the-match display inspired Ayeyawady United to a 1-0 win over Yagon United on Saturday.

The 29-year-old former Dynamos and Black Leopards centre-back has now helped his side to to a 9-game unbeaten run in which they have called conceded only three goals.

Speaking to Soccer24 in a telephone interview after the game, Kamhuka said: “The game was not an easy one because we played one of the biggest teams in Myanmar it was a derby game today and we did what the coach told us to do and we manged to get 3 points.”

“I’m very happy and I thank God because in such games when you put a good performance it shows your quality and hard work,putting God first has been my secret since day one,” he added.

Asked what he thinks of the Warriors’ chances when they face Algeria, he said: “I’m very positive that the lads will put on a good show both home and away. There are quality players in the team who can deliver I’m very positive they will do well.”