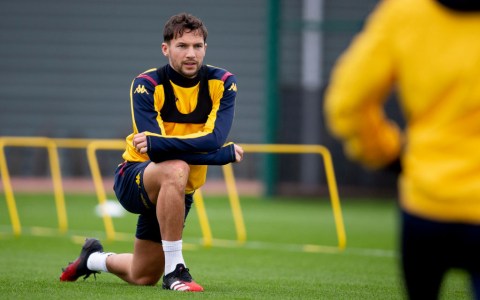 Danny Drinkwater’s future at Aston Villa is in danger after the midfielder was allegedly involved in a training ground burst-up with his teammate Jota on Tuesday.

The 30-year old England international who is on loan from Chelsea is said to have headbutted the Spaniard in a heated confrontation.

Villa chiefs are now considering cutting short his loan spell, according to reports in England.

Drinkwater, a former EPL champion with Leicester, arrived at the Birmingham-based club in January after he had another loan spell cut short when Burnley decided to offload him in the same month.

His struggles off the pitch also escalated to a point of getting into fight in Manchester on a night out which left him with cuts and bruises on his face.

Despite the Aston Villa lifeline, he has continued to play second fiddle, though he was initially used ahead of Zimbabwe midfielder Marvelous Nakamba upon his arrival.