5 goals and 6 assists for Ronaldinho in prison match 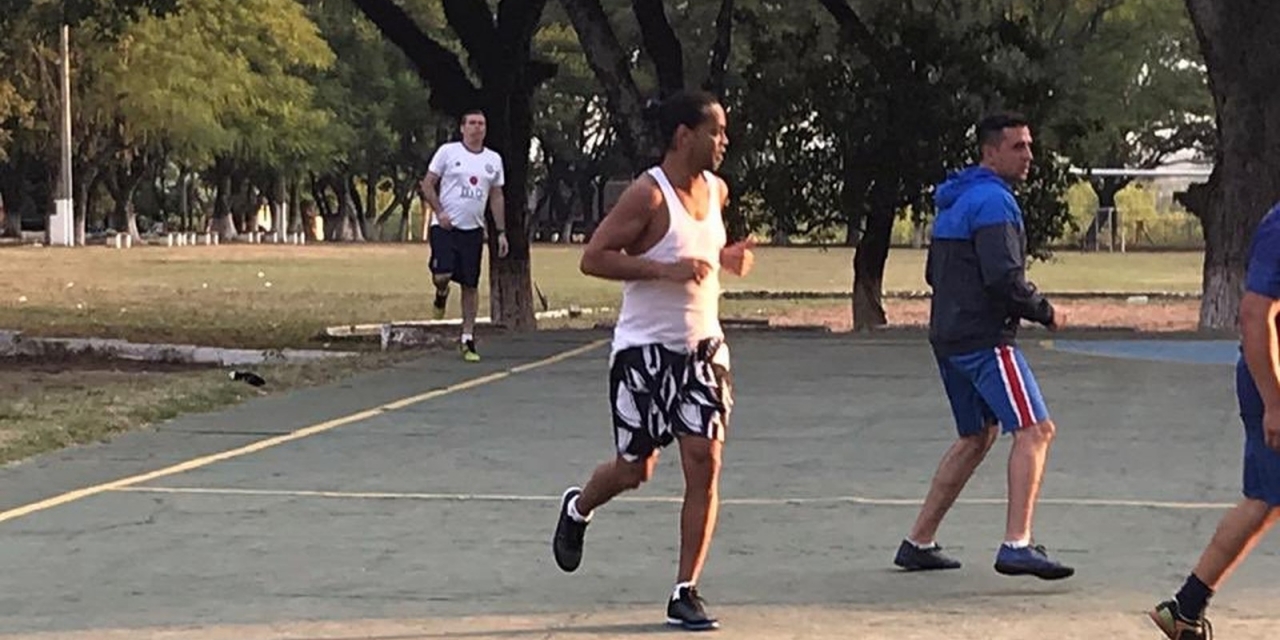 Brazlian legend Ronalidinho Gaucho scored 5 goals and assisted 6 as his team won 11-2 in prison match in Paraguay on Friday.

The forrmer Barcelona star could spend up to 6 months in prison for entering the country without a valid passport.

Ronaldinho’s brother Roberto, who he was with when arrested, is also being accused of the same crime.

He took part in a 5-aside football match in prison and was involved in every goal scored by his team.