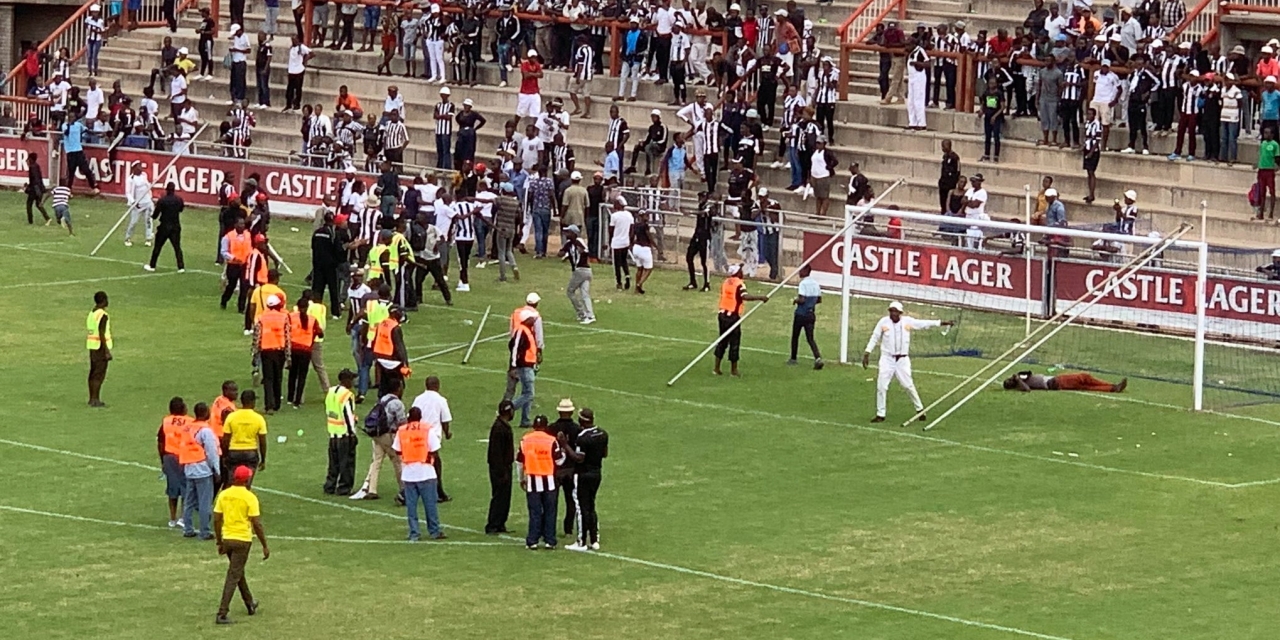 Social media was yesterday awash with messages as the local football fraternity tried to come to terms with ugly scenes at Babourfields Stadium in the violence-marred Castle Challenge Cup between Highlanders and FC Platinum.

Slias Songani’s well-taken first half brace did the job for the Platinum miners but the former Warriors winger’s brace made less noise compared to shameless scenes in the second half, which resulted in the break of play twice as Bosso fans threw missles, invaded the pitch and even forced police to retreat at some point while attacking Platinum supporters.

“Highlanders’ fans behavior was abhorrent and disgraceful. They should be banned,” noted one Tafara TC on Twitter.

Others even justifiably admitted that the behavior was a bad image for local football.

“This rotten behavior have gone on for years and years in Zimbabwean football and the PSL have failed to come with a solution. Should we be worried as to why we can’t host international games after such?” said one user.