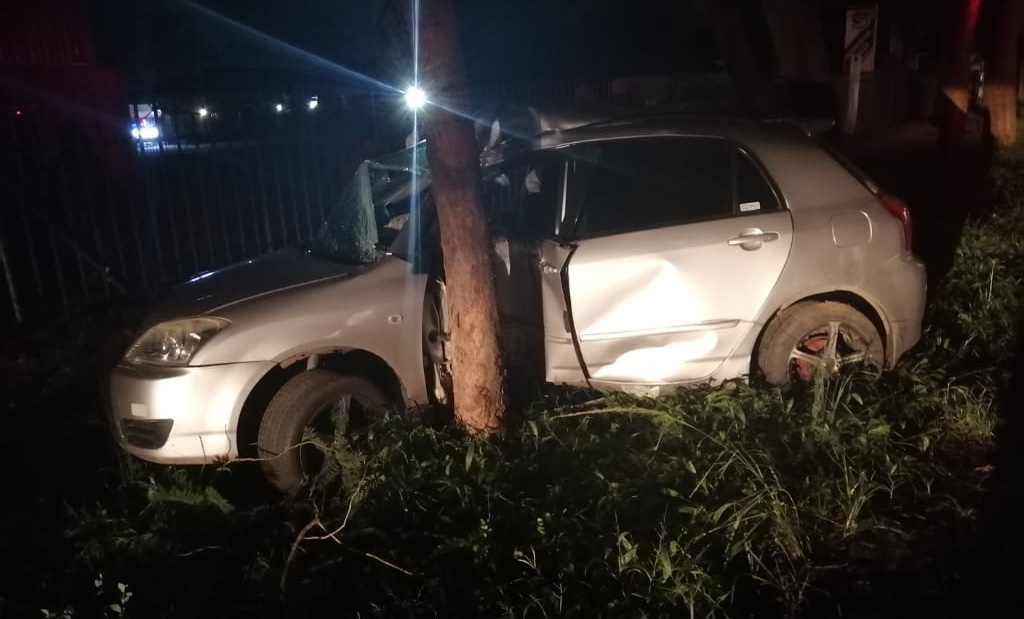 Warriors and Dynamos defender Partson Jaure was involved in a nasty car crash on Sunday morning, Soccer24 can exclusively reveal.

The 29-year-old former University of Pretoria defender’s Toyota Runex is said to have crashed in the early hours of Sunday and he is said to be in very bad shape.

Details of what actually transpired are sketchy but images in our possession show the defender in a pool of blood after the crash.