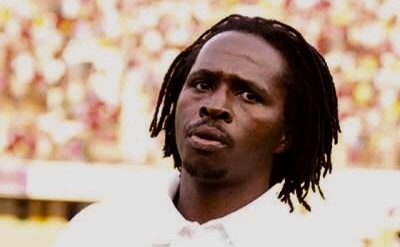 The CAPS United family has over the years been treated to some football displays which are are hard to forget.

One notable experience is the Steve Kwashi-coached side of 1996, which delivered the club’s first league title in the post-independence era.

That side comprised of of the legendary Joe ‘Kode’ Mugabe, Alois Bunjira, Stewart ‘Shutto’ Murisa, Blessing ‘Yogo Yogo’ Makunike, Fungai ‘Tostao’ Kwashi, Lloyd Chitembwe only to mention but a few.

That being said, the class of 2004, admittedly, had the attributes of being arguably the greatest Green Machine side of all time.

Charles Mhlauri, who was back then assisted by the late Gishon Ntini and Norman Mapeza, constructed a well-oiled machine which lost only one game the entire season on their way to league glory in 2004 and completed a double over their bitter rivals Dynamos.

The Laughter Chilembe-captained side was a marvel to watch, with Cephas Chimedza having perhaps the best ever season in his career, David ‘Maketo’ Sengu at right-back, a midfield well-marshalled by Ian Bakala, dazzling dreadlocked winger Raymond Undi, whose every touch was met with loud cheers and the speedy Brian ‘Marcopolo’ Badza upfront, no wonder Makepekepe almost went on a perfect run the entire half of the season before Kwekwe Cables frustrated them in a 0-0 draw at the National Sports Stadium.

Chimedza was deservedly named Soccer Star of the Year, after an unforgettable season.

Even the tragic deaths of Makunike, Shingi Arlon and two supporters on their way from Bulawayo after a league match could not deter CAPS from completing a trailblazing season.