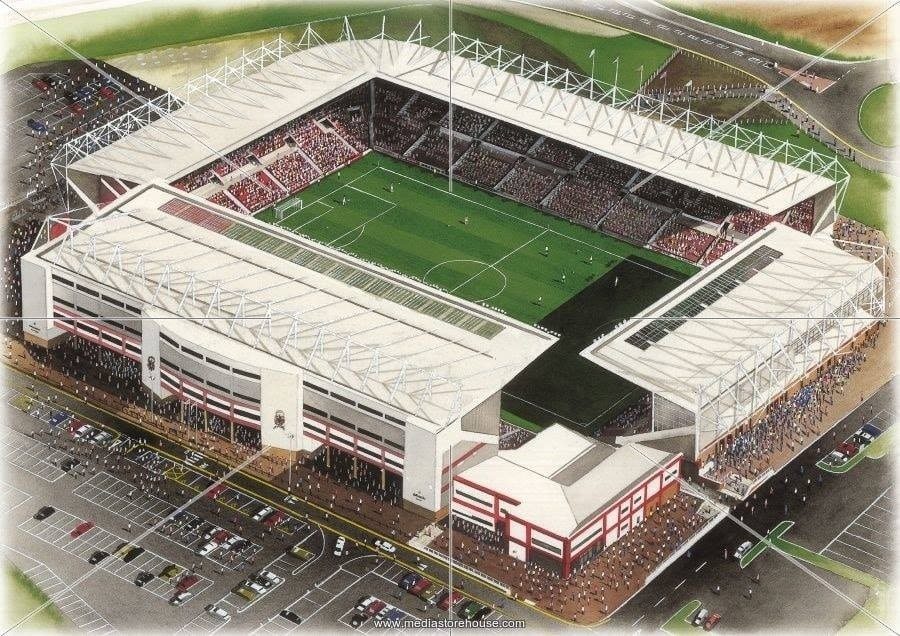 It’s almost a year gone after the Harare City Council announced the news that a new stadium will be built in the High Glen area in Harare.

The venue would have a sitting capacity of 45 000, making it the second biggest stadium in Zimbabwe after the National Sports Stadium.

But what has become suspicious is the fact that nothing has been said ever since the news broke out in June last year.

The council announced that it approved a release of the $1,4 million to facilitate preliminary works for the designing and drawing of plans. The project site was confirmed to be Stand 27149 Budiriro Township.

The proposed High Glen Stadium will be a 45 000-seater venue but have the same design of the old Britannia Stadium.

The HCC even uploaded a 3D impression of the proposed project which is an edited picture of English Championship club Stoke City’s Brittania Stadium, now known as Bet365, before undergoing redevelopment.

What’s not clear is how the High Glen venue will accommodate 45 000 seated people when the old Bet365 Stadium had a capacity of 27 000, given the same structure.

Britannia Stadium, now known as Bet365, had a capacity of 27 000 before undergoing redevelopment in 2017.

Harare City Council has also failed to maintain their main stadiums – Gwanzura and Rufaro – something that reminds us the project was flawed from day 1.

It also promised to release the detailed plan before the end of 2019 but nothing was said.

However, we will still be on the lookout, maybe one day there will be High Glen stadium.