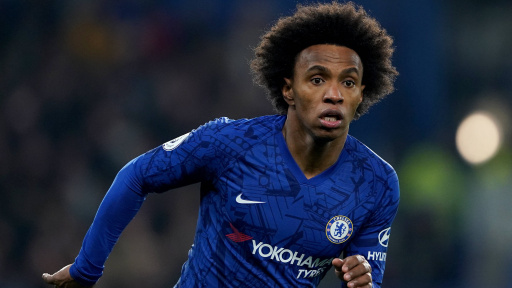 Willian has confirmed that he is likely to leave Chelsea at the end of the season after negotiations over a new deal ended without agreement.

The 31-year old Brazilian, who arrived at Stamford Bridge from Shakhtar Donetsk seven years ago, wanted to extend his contract with three years, but the club could only offer him two years due to their transfer policies on players over the age of 30.

Speaking to Fox Sports show Expediente Futebol, Willian said: “Everyone knows my contract is up in a few months and it looks like it’ll be difficult to secure an extension.

“I think it’s unlikely that I’ll renew because Chelsea offered me a two-year deal, I asked for three and it ended there.

“There were no more talks or negotiations. Chelsea said that three years would be impossible, so at the moment it seems unlikely that I’ll extend, but nothing is impossible.”

When asked about his next move if he leaves Chelsea, the winger proclaimed his desire to remain in Europe.

“At the moment I’m not thinking about going back to Brazil and my aim is to stay in Europe,” he added.

“I think there’s still scope for me to do that in the current market and continue playing at the top level for a few more years. My target is to remain in Europe.”

Arsenal, Tottenham and Juventus have all been reported to be monitoring the midfielder.