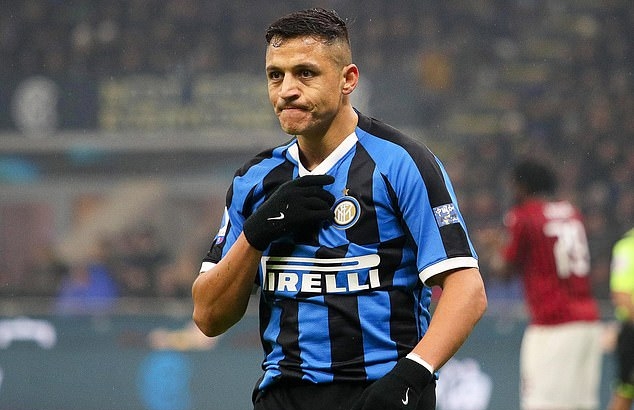 Alexis Sanchez is reportedly refusing to take a wage cut amid revelations that Manchester United are struggling to find a buyer.

The 31-year-old striker is currently on loan at Inter Milan and has two years remaining on his over £400,000-per-week deal with the Red Devils.

The EPL club is understood to be keen to sell the forward who has failed to spark since he arrived in 2018. Inter are also not interested to keep him beyond the end of his loan.

And according to ESPN, Sanchez’s deal is now causing a headache to United. The club is aware his huge wage demands may make it difficult to find a buyer in the coming transfer window.

And what is making the situation worse is the fact that the Chilian is said to be refusing a pay cut as to attract interested teams.

The publication also claims Sanchez is willing to see out the remainder of his deal and remain the top paid player at Manchester United.