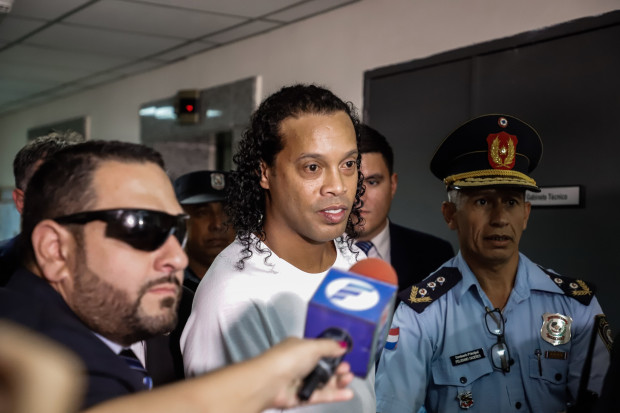 Following Ronaldinho’s release into house arrest from a Paraguayan prison on Tuesday, fellow inmates wept and organised a surprise barbecue to bid farewell to the Brazilian football legend.

The 40-year old and his brother Roberto were allowed to leave their cells following their arrest in March for using fake passports to enter Paraguay. The pair was facing a potential six month stay behind bars but only spent 32 days locked up.

They are now restricted to the Hotel Palmaroga in the north-west of the capital city of Asuncion.

According to ESPN Brasil, as cited by The Sun, when Ronaldinho and his Roberto received the verdict of their prison exit, they immediately headed back inside to say their goodbyes.

Upon their return they found a barbecue set up to pay tribute to the pair, who promised they would visit once again before eventually heading back to Brazil.

Tears were shed as they bid a fond farewell and the report adds that the pair, who deny the charges against them, are confident that they will soon be released from house arrest.