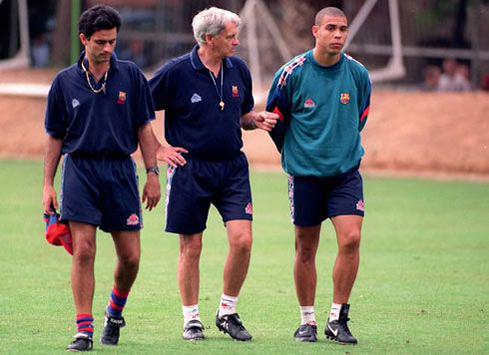 The outspoken Portuguese tactician was assistant coach at Barcelona when Ronaldo the Brazilian was still at the Catalan giants in the 1996/97 season and head coach at Real Madrid when Cristiano Ronaldo was there between 2010 and 2013 but despite the superstar duo of Messi and Ronaldo dominating world football in a rivalry spanning 15 years, Mourinho took a radical stance on that debate.

“For me, Ronaldo, the Brazilian. Cristiano and Messi have been at the top everyday for 15 years with very long successful races but if we talk strictly about talent and ability, no one beats the Brazilian. When he was at Barcelona, I realized he was the best player I have ever seen,” Mourinho  told LiveScore.

He added: “Injuries killed a career that could have been even more incredible but the talent that boy (Ronaldo Nazzario) at 19 years of age was something incredible. If we exclusively about talent, nobody has surpassed him.”