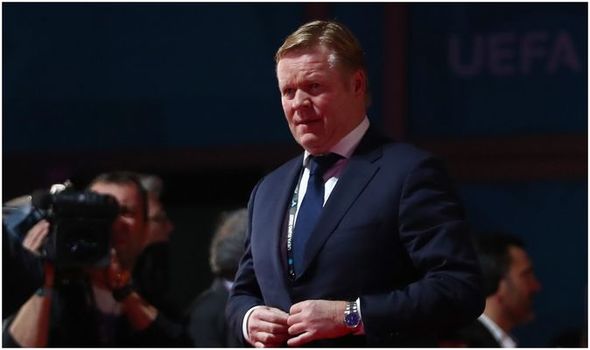 Netherlands coach Ronald Koeman was admitted to hospital with a heart problem on Sunday.

The news has been confirmed by his wife Bartina and agent Rob Jansen who told Dutch national broadcaster NOS.

The 57-year-old was taken to hospital in Amsterdam after falling ill at his home. He is now in a stable condition and expected to be released from hospital on Monday.

The Dutch football association, the KNVB, also issued a statement which read: “Ronald Koeman was hospitalised on Sunday evening after chest complaints. The 57-year-old national team coach of the Dutch national team has undergone a successful cardiac catheterisation and will return home tomorrow (Monday). We wish Ronald a lot of strength and improvement.”