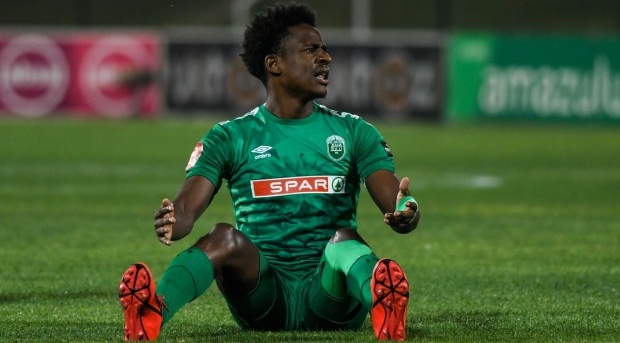 Talent Chawapiwa explained why he signed with AmaZulu despite interest from Kaizer Chiefs.

The winger was linked with AmaKhosi towards the end of his spell at Baroka in early 2019.

Speaking to Soccer Laduma, the 27-year old said there was nothing tangible from Chiefs while AmaZulu were quick to snap him up.

“I can’t say I chose AmaZulu over Chiefs, but I only heard about Chiefs’ interest,” he said.

“With AmaZulu, I was told about their interest and I was open to it. They moved fast and negotiated and two days later I was on my way to Durban. So I can’t say I was made to choose between the two.”

Chawapiwa quickly settled Usuthu and became a regular for the remainder of the 2018/19 season. He has made eighteen appearances this campaign thus far but is yet to score a goal.