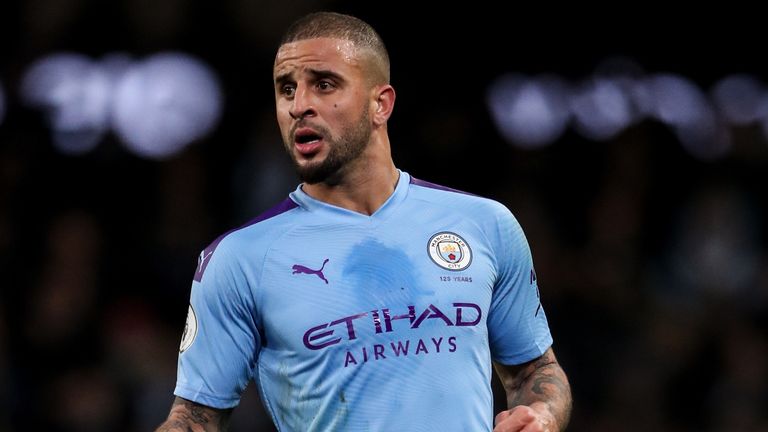 Kyle Walker has defended himself after British media reported that he broke lockdown rules again.

The Manchester City fullback allegedly visited his sister and parents before going cycling with a friend. This was the second time to breach the regulations aimed at curbing the spread of the virus after he invited two call girls to a party at his home last month.

Responding to the latest allegations, Walker apologised for his actions but said he feels he and his family are being harassed.

“I have recently gone through one of the toughest periods of my life, which I take full responsibility for. However, I now feel as though I am being harassed,” Walker said on Twitter.

“This is no longer solely affecting me, but affecting the health of my family and my young children too.”

Walker said he travelled to Sheffield on Wednesday to give his sister a birthday card and present, and that he then travelled to his parents house to “pick up some home-cooked meals”.

“What have my parents and sister done to deserve their privacy being invaded by photographers following me to their homes? I constantly feel as though I am being followed,” he added.