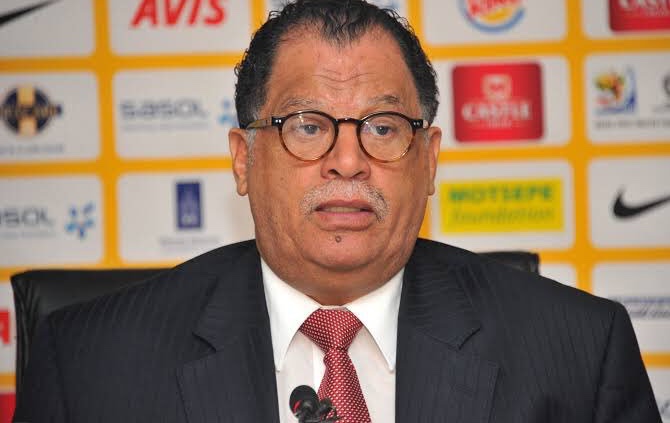 South Africa Football Association (SAFA) president Danny Jordaan has said that prematurely ending the ABSA Premiership season and awarding it to log leaders Kaizer Chiefs might affect set lockdown restrictions in the country as fans might go to the streets to celebrate.

The Rainbow Nation is on a government-enforced level 2 lockdown which calls for social distancing and limited movement of none essential workers among other conditions, putting the the completion of the 2019-20 season in jeopardy but the country’s football supremo believes it should be completed, to avoid handing over the title to Amakhosi as it might have consequences at this stage.

“In the English FA, Liverpool are 25 points clear of rivals Manchester City. They are saying if they play behind closed doors and Liverpool wins, there’s a minimum of 70 000 supporters that will go to the streets and celebrate – now where’s social distancing?” he said according to IOL Sport.

“You can’t just look on the field but you must also think of the spectators. If Mamelodi Sundowns and Orlando Pirates play behind closed doors the 90 000 supporters that were supposed to get to FNB Stadium, where will they go? Are they sitting at home? They’ll go to the shebeens and taverns,” Jordaan insisted.

Table-topping Amakhosi were four points clear at the summit of the table ahead of second-placed Mamelodi Sundowns, who have a game in hand, when football was temporarily suspended in March.