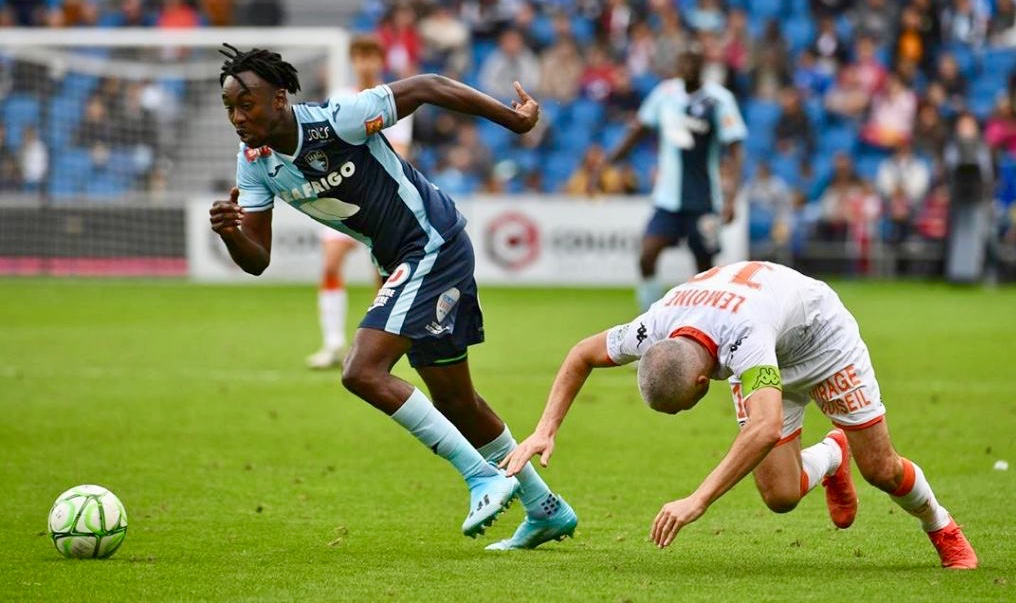 He started like a house on fire, scoring six goals in the opening 4 matches.

Warriors striker Tinotenda Kadewere’s blistering start to the 2019/20 French Ligue 2 season for Le Havre was one which made headlines.

The former Harare City man opened his account with with a cooly-converted penalty in the opening game away to Ajaccio and went on to grab a brace that night.

He followed up that double with a crucial equalizer for his side in their first home game; a 1-1 stalemate with Niort.

The on-song Kadewere scored again in the next league match, a 2–1 triumph over Troyes, taking his  tally to four in three appearances.

Things would get even better for the former Prince Edward School pupil, as he would grab another brace in the next encounter; an impressive 3-1 win away to Lens, both goals coming in the second half as Kadewere underlined his status as one of the hottest marksmen in the division.

That was in August.

By December, Tino, as the Le Havre fans simply reffered to him, had scored 16 goals in 18 appearances despite the injury he had sustained against Sochaux, which ruled him out of the Warriors’ AFCON qualifiers against Botswana (0-0) at home and Zambia (2-1) away.

Kadewere’s rise to the pinnacle of the French Ligue 2 goal scoring chart culminated to interest from French Ligue 1 side Olympique Lyon, English Premier League sides Southampton and Crystal Palace, as well as Turkish and Sottish giants Galatasaray and Celtic respectively.

With many expecting him to lose brightness in the spotlight, he began 2020 the same way he ended 2019, scoring goals; the solitary strike in the 1-0 win over Niort being his 18th of the campaign.

Kadewere would go on to complete a €15 million move to Lyon, becoming the most expensive player ever in Zimbabwe, but was loaned back to Havre, as they still had mathematical chances of securing promotion to Ligue 1.

He would go on to complete the season with 20 goals and four assists, a tally which saw him being crowned the division’s top goal scorer.

What a season it was!