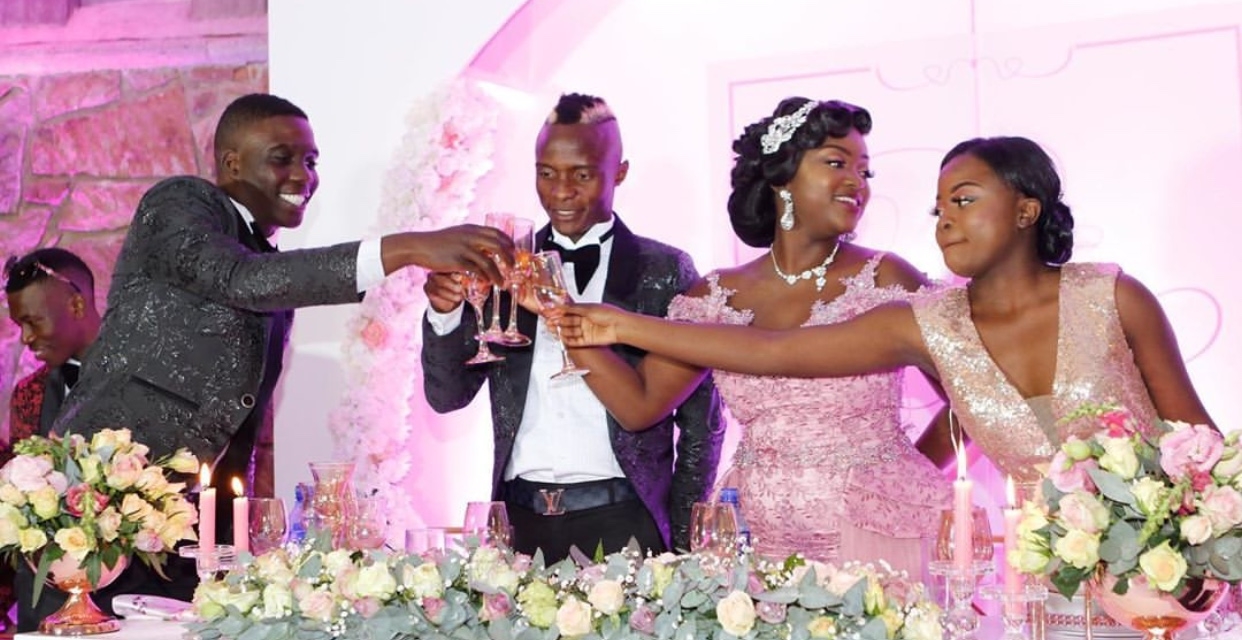 Warriors and SuperSport United winger Kudakwashe Mahachi has written a beautiful message in celebration of his first anniversary.

The dimunitive former Chicken Inn star tied the not with his wife Rose at a colorful ceremony held at Nesbitt Castle in Bulawayo on this day last year and he has taken to Instagram to relive it.

“Our first year in marriage has proved that no matter how we fight each other like cats, we still end up loving each like swans. Happy first anniversary to us Rose Mahachi,” he wrote.