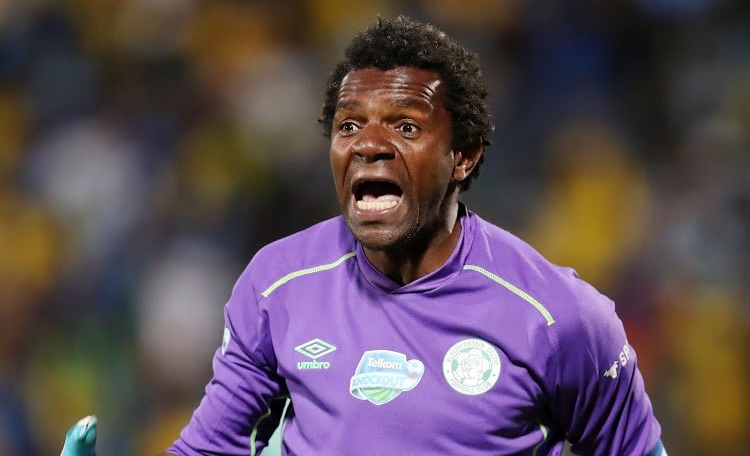 Former Chippa United goalkeeper Patrick Tignyemb has publicly dissed Norman Mapeza again, this time telling the Zimbabwean coach that “he is not Jose Mourinho and should go back to coaching courses.”

Tignyembo shocked football fans both in Zimbabwe and South Africa after he criticized Mapeza’s personal conduct and training methods and also claimed that the former Galatasaray midfielder just made the Chilli Boys players ‘run like headless chickens.’

This time, the Cameroonian, who was one of the senior players to have been dropped by Mapeza a few games into his reign as Chippa coach,  took to Instagram to castigate the tactician.

“You are an ‘international’ coach, you played in Turkey but don’t know when to make the players run, when to give them rest. Your keepers are running like infield players, we don’t have proper rest. You know everything, you don’t want to be told… my friend, even Mourinho asks for advice, and the last time I checked you are not Mourinho!”

“A good coach creates a good relationship with his players, creates a good environment for the team to work, but you want to treat people like gladiators. We train (for) 2 hours in the heat without drinking water, go and do it in your country, not in South Africa. We having an evening game 19h30 but at 09h00 in the morning you are busy running, my friend go back to (coaching) courses,” he added.