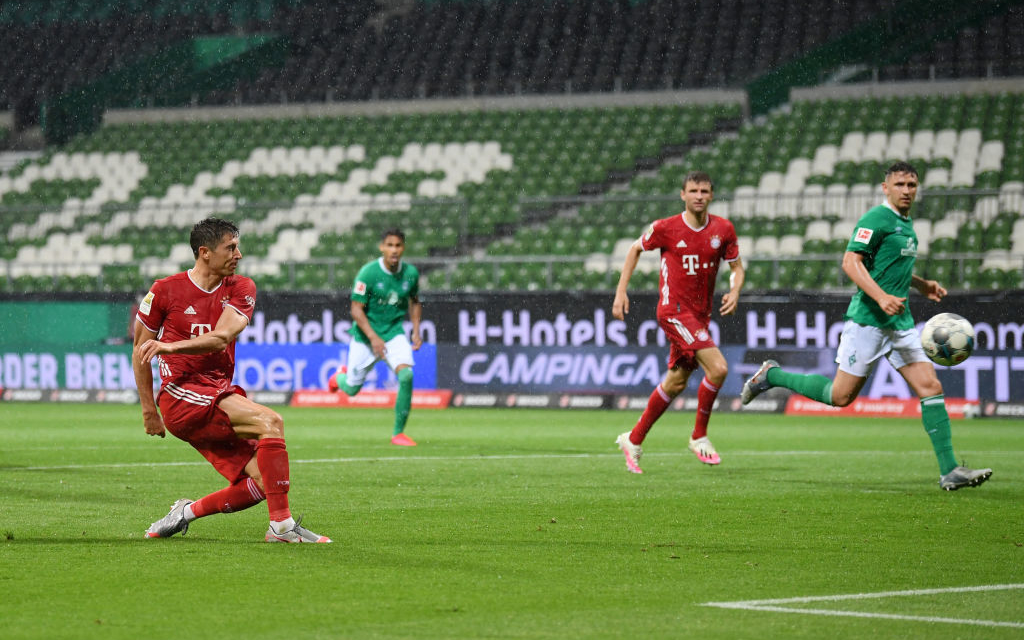 Bayern Munich are the 2019/20 Bundesliga champions following their 1-0 win over Werder Bremen.

In-form Robert Lewandowski’s solitary strike on the stroke of half time was all the Bavarians needed to be confirmed champions for the eighth consecutive season with two games to play.

Today’s victory means they now have an inaccessible 10 point lead over Borussia Dortmund, who have only three games still left to play.

Meanwhile, Lewandowski finishes the season on top of the goal scoring chart with 31 goals.