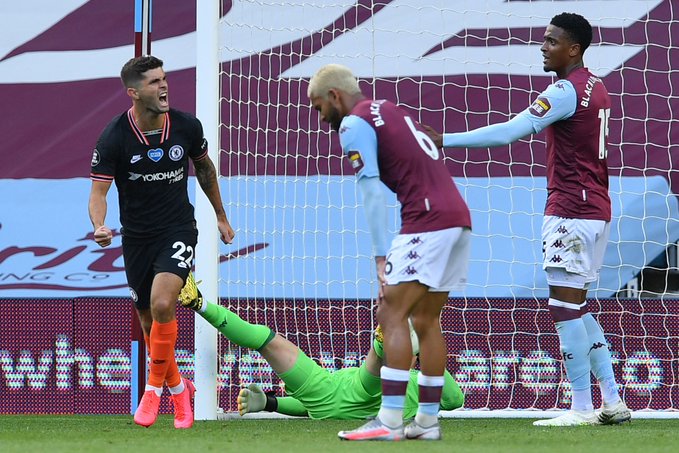 Relegation-threatened Aston Villa surrendered a half time lead to eventually go down 1-2 to Chelsea at Villa Park on Sunday.

The Claret and Blue were looking to build from their 0-0 draw against Sheffield United last Wednesday in their quest to survive and were resolute in the early stages, restricting their opponents to just speculative long range efforts.

Kortney Hause thrust them ahead two minutes before the break, scrambling the ball home to give his side the lead.

Smith made his first change seven minutes after the restart, Mbwana Samatta replacing Keinan Davis but it was Chelsea who scored the next goal, Christian Pulisic restoring parity on the hour mark, before Olivier Giroud gave Frank Lampard’s men the lead two minutes later to complete a dramatic turnaround.

Chelsea controlled the game well after going ahead and held on for a crucial win in their quest for a top four finish.

Marvelous Nakamba came from the bench for the second consecutive game, replacing Anwar El Ghazi in the 68th minute.