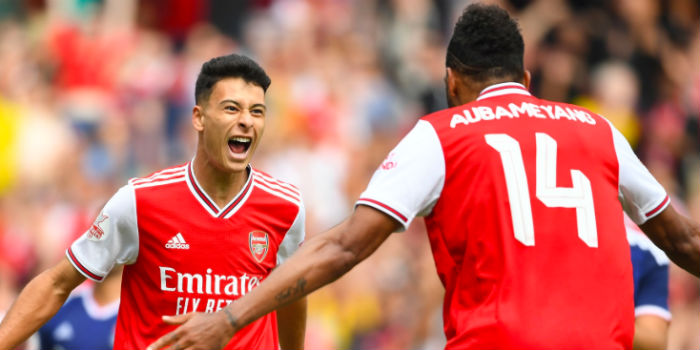 Gabriel Martinelli will not play again this season due to a knee injury, his club Arsenal confirmed the news on Friday.

The forward sustained a knock during training and has since undergone a successful arthroscopic procedure to repair a lesion in the cartilage of the left knee.

The 19-year-old Brazilian has scored 10 goals in 26 matches across all competitions in his first season with Arsenal.

Arsenal have already lost goalkeeper Bernd Leno and defender Pablo Mari through injuries sustained at the restart of the season.