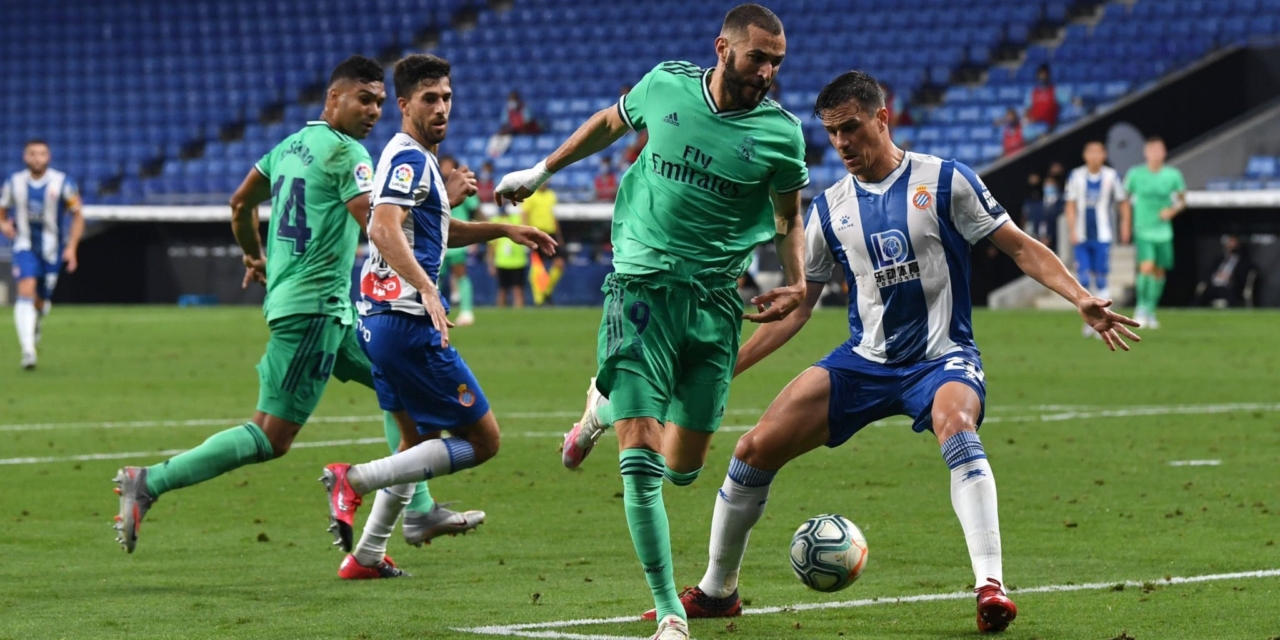 Karim Benzema’s cheeky back heel  for Casemiro to slot home the only goal of the game ensured that Real Madrid beat Espanyol to go two points clear at the summit of the table last night.

While Zinedine Zidane’s charges were far from their best especially in the first and failed to tick against bottom-placed Espanyol, they did hold on for a crucial win which sends them back on top of the Spanish top flight.

Madrid’s win is however attracting less headlines compared to what is happening in their arch-rivals Barcelona’s camp.

The Catalan giants’s title pursuit went from bad to worse after they were held 2-2 by Celta Vigo on Saturday and according to reports in Spain, there was a heated confrontation after the game between Barca players and coach Quique Setien over the 61-year-old’s tactics and substitutions.

Spanish newspaper Marca reported that Setien ‘has lost the confidence of the Barca stars’ since they surrendered top spot to Real after the resumption of LaLiga, with the publication even claiming that the players ignore the coach’s instructions durings drinks breaks and listen to those of assistant Eder Sarabia instead.

They welcome Atletico Madrid on Tuesday, in what could be a potentially decisive clash at Camp Nou.