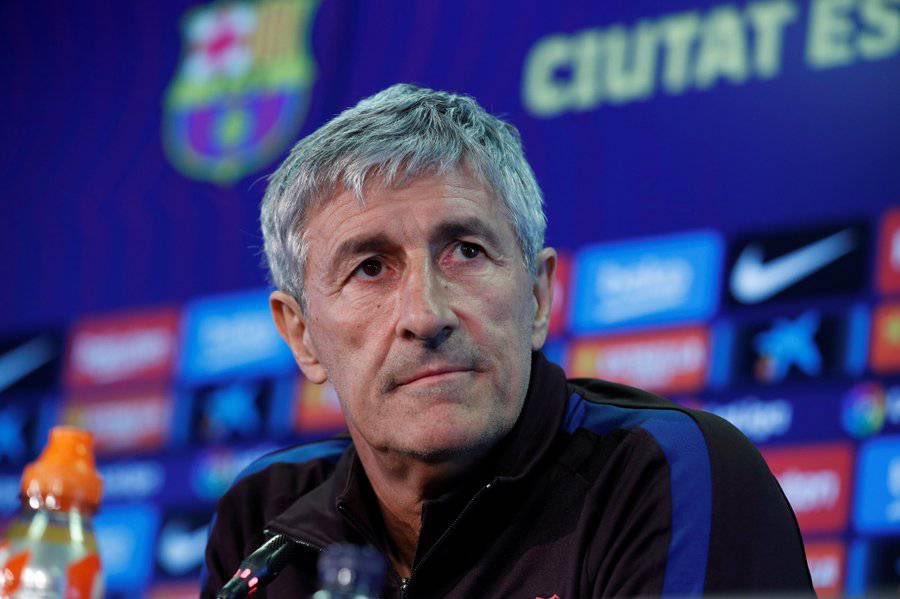 Under-fire Barcelona coach Quique Setien oversaw yet another draw in LaLiga which handed table toppers Real Madrid a huge advantage in the title race, a scenario which evidently puts more pressure on him.

The defending champions were held 2-2 by Atletico Madrid in a drama-filled clash at Camp Nou, which saw Diego Costa netting an own goal to open the scoring, then the awarding of three penalties thereafter, one of them scored by Lionel Messi- his 700th career goal.

Setien did however put on a brave face after the game and insisted he does not feel the heat, though he admitted his team is struggling.

“I don’t feel at all under threat,”’he said, as cited by Marca.

”It’s a shame, we’re having more and more difficulties. Leaving these points behind means we’re moving further away from the title. But we have to keep working,” he added.