The EPL’s Professional Game Match Officials Board (PGMOL) has explained why West Ham’s 34th-minute goal was ruled out.

Tomas Soucek netted a close-range shot but after a three-minute VAR check, it was noted that Michail Antonio was offside and also obstructing goalkeeper Kepa Arrizabalaga. 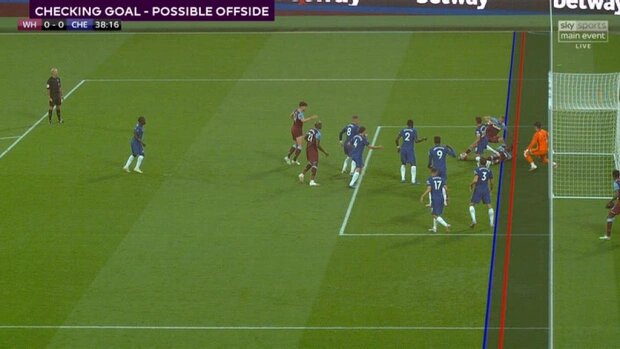 Tomas Soucek’s goal was ruled out for an offside.

A PGMOL statement approved the VAR’s call, saying: “In the 34th minute of West Ham United v Chelsea, a goal was disallowed following a VAR Review for an offside offence against Michail Antonio.

“The on-field decision was to award the goal.

“But the VAR advised the referee that Antonio was in an offside position and directly in the line of vision of Kepa Arrizabalaga.”

West Ham went on to win the encounter 3-2, with Soucek getting on the scoresheet eleven minutes after his disallowed goal.

Antonio and Andriy Yarmolenko also found the back of the net and Willian scored a brace for Chelsea.