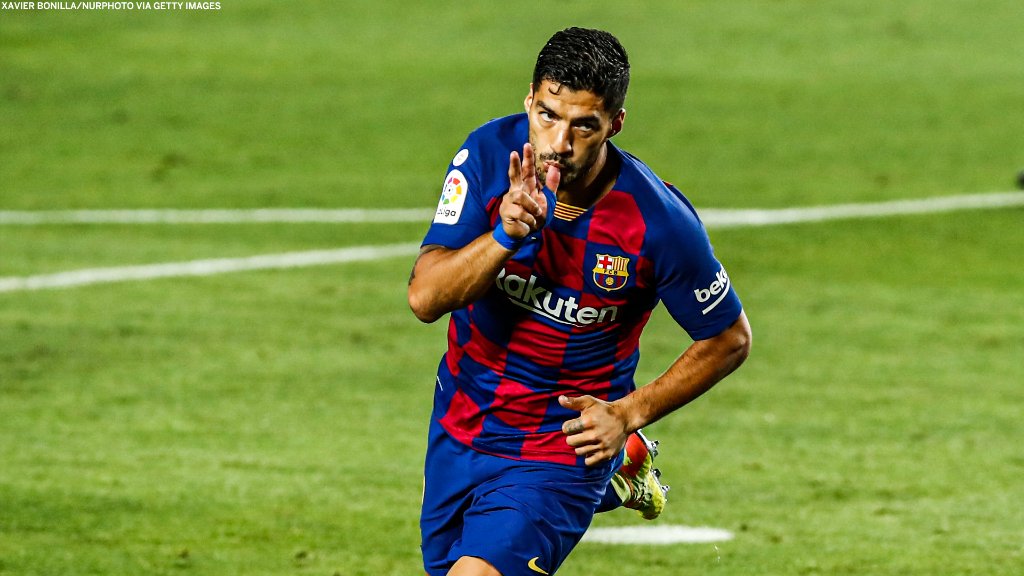 Defending champions Barcelona kept their LaLiga title hopes alive with a slender 1-0 win over Espanyol in the Catalan derby at Camp Nou on Wednesday.

A Luis Suarez second half strike, his 195th goal for Barcelona, ensured that Quique Setien’s men move to withing a point of log leaders Real Madrid.

There was very little to talk about in terms of goalmouth action in the first half, which ended goaless but a dramatic 5 minute spell after the restart changed the complexion of the game.

Just three minutes after coming on for Nelson Semedo, African wonderkid Ansu Fati was shown a straight res card after a VAR review for a foul.

Two minutes later, Espanyol’s Pol Lozano was also sent off for a dangerous challlenge on Gerard Pique before Suarez thrust Barca ahead.

The Uruguayan slotted home a rebound to become the third highest scorer in Barcelona history.

The Catalans held on for a crucial three points as they now await Madrid’s response when they host Alves on Friday.