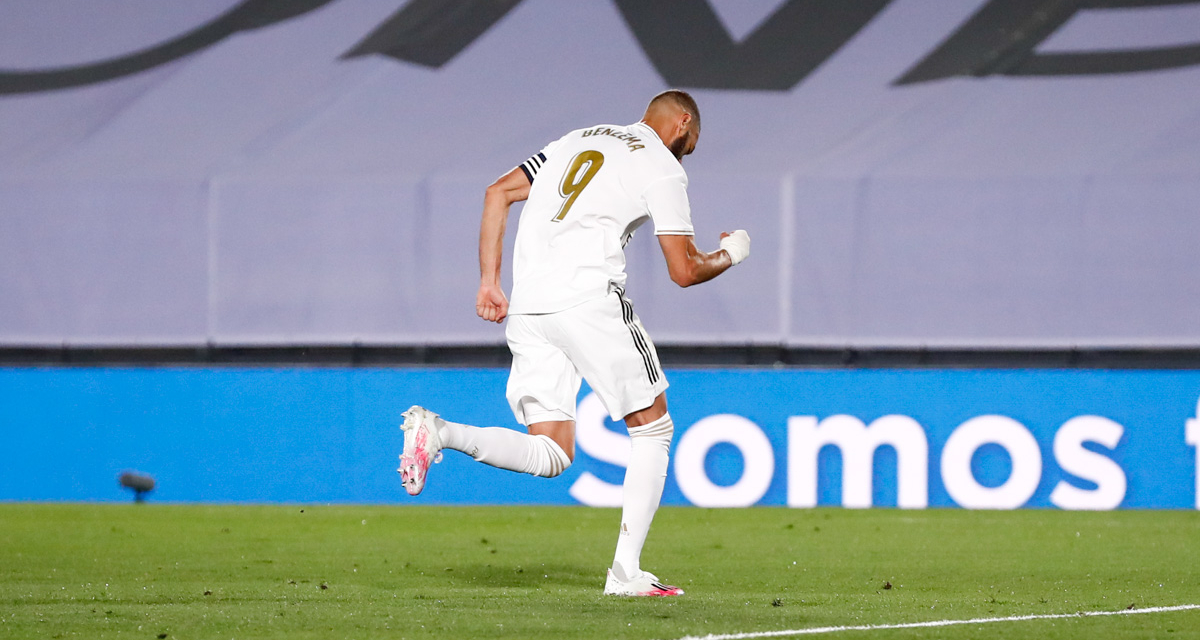 Goals from Karim Benzema and Marco Asensio on either side of half time ensured that Zinedine Zidane’s charges restores their four point gap at the summit of the table.

Ximo Navaro brought down Ferland Mendy in the box with ten minutes on the clock and with captain Sergio Ramos suspended, Benzema took over penalty responsibilities and fired home to thrust Los Blancos ahead.

Benzema turned from scorer to provider just after the restart, squaring for Asensio to slot home Real’s second, which was initially ruled out for offside but the video assistant referee (VAR) overturned the decision and the goal stood.

A win and two draws for Madrid in their last three games will be enough for them to clinch their first title since 2017.